When I was asked a couple week ago what I could do for Anthony â€œTonyâ€ Lee Evans, a 5-year-old boy run over by a mid to late nineties white Dodge Dakota pickup on a Northside street 17 years ago, I didn't really have an asnwer. As I learned more about Tony, I wanted to bring him justice. While I can't do that, I can tell his story.

Everything Iâ€™d learned made me feel this was not intentional, itâ€™s not like the driver set out that day to murder a child with their vehicle. To destroy and turn so many lives upside down. This is what happened, however, when that driver drove off only thinking of themselves, they turned an awful tragedy into a criminal act. For years theyâ€™ve hidden like a coward, not owning their actions. Instead of owning their actions and taking responsibility, they sentenced Tonyâ€™s family to a lifetime of unanswered questions.

I then started to ask questions. I started to read everything I could find online about the event. I found numerous articles from the Sioux City Journal, with each article I became more frustrated with the lack of progress in Tonyâ€™s case made over the years. I started to have more and more questions. Many stories I cover affect me, make me angry, confused but this one left me wth so much sadness. Why did the community let this boy and his family down? How could a child be run over and nobody able to bring him justice? Another source of information I found was Iowa Cold Cases with photos and information about Tony and the tragic event.

I then reached out to his father, Bruce Evans who day after day and year after year. Even through his own struggles has worked to get answers. He told me of phone calls and tips that ultimately went nowhere. I learned talking with him that where once he was filled with anger and the need to get even with the killer of his son, is now a man whoâ€™s not even looking for justice, he just â€œwants the truthâ€. Not me though, I want justice. I want Tonyâ€™s killer to pay for their crime.

As I continued to talk with Tonyâ€™s father, in addition to details, tips and information heâ€™d received over the years he shared photos of Tony, tattooâ€™s heâ€™s gotten over the years and the meanings behind them. They are reminders and symbols of a life taken too soon. I learned how close they came over the years to answers. But the answers never came.

I had decided with his father's permission I was going to remind Siouxlanders on the anniversary of the accident with a live video explaining that a 5-year-old was hit in front of his house at 1016 21st Street in Sioux City Iowa. That a cowardly driver left the scene and to this day the guilt hasnâ€™t been enough to turn themselves in. That a reward was established by the Sioux City Police Department, and that nobody had the conscience to do the right thing and turn in the driver.

In years past this case has received attention, but on this anniversary I wanted for the story to be retold. I wanted Tony and his family to finally get the long overdue justice. I reached out to my friends at Siouxland News who agreed to do some investigating and tell the story. I was feeling optimistic that maybe just maybe this cold case could be closed. I quickly learned something that almost seemed more criminal than the case itself. Tonyâ€™s case was closed by the Sioux City Police Department because the statute of limitations had run out.

I felt all the same emotions as I did when I first started to learn about this case, but mostly anger. How could the state forget a crime of this nature just because time had passed? This little boy is dead, his killer never faced any punishment. Instead along with those that helped them to cover up their crime all these years were free to live their lives. I respect our justice system. I know itâ€™s not perfect but itâ€™s there for a reason, and it failed Tony.

I considered forgetting this entire story going on to the next one. I couldnâ€™t though, that is what those with the answers did. They forget and failed Tony and his family. Itâ€™s time for Tonyâ€™s family to get answers. It may be too late for justice, but itâ€™s never too late for answers. 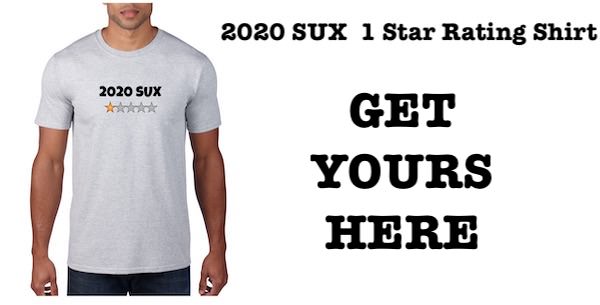 Improperly Disposed of Fireworks Cause Exterior Damage to Leeds Home

One In Custody After Westside Robbery

One Person Dead After Highway 75 Head On Collision

How to Support Siouxland Scanner

Siouxland Scanner News Articles are written based on user submitted information, scanner audio, law enforcement, emergency crews, and various other sources. We strive to write factual stories based on events, however this information may not always be accurate as it's gathered as it happens.

Siouxland Scanner brings you information, photos, and videos from the scene. Some information and multimedia is provided to us. If you feel we're using copyrighted information please let us know.